What makes ambient isolationist? In the early 1990s it was a reaction against the highly rhythmical, ornate, more-techno-than-ambient music that, oxymoronically, was often used for dancing. Stripped to the most minimal, artists like Thomas Köner created very quiet, slow moving music that seemed like the sound of absence. Polar regions seemed an apt metaphor, a featureless, flat, wind-swept landscape. And unlike the deserts, bleak landscapes that have inspired other musicians, polar regions are uninhabited, removing the vestiges of aboriginal civilizations that haunt Steve Roach and his desert ambient colleagues. In 1994, Virgin Records released a 2-CD compilation entitled Isolationism that tremendously expanded the acceptable range of music covered by the term. In particular, it opened the door to paranoia and despair, looking at isolation as a social term, and moving toward other environments, inner as well as outer, where an individual could be isolated. But one label which has retained the far, cold north as inspiration, ironically from Mediterranean Italy, is Glacial Movements, self described as "glacial and isolationist ambient." Their first album was a compilation, Cryosphere, released in July 2006, and their schedule has proceeded as slowly as the ice portrayed on their covers and alluded to in the label's very name. 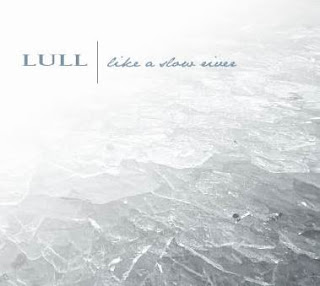 In May 2008, the label's fourth release was Mick Harris' first full-length album as Lull in nearly a decade, Like a Slow River. Harris should need no introduction to long-time ambience enthusiasts from his work in the early 1990s with Bill Laswell, and perhaps from his various ambient metal (speaking of oxymorons) projects such as Napalm Death and Painkiller. But Like a Slow River is very much in keeping with Glacial Movements' stated aesthetic — long, slow textures, an absence of melody or rhythm, few points of reference. This is especially true of the opening track, Whiteout, where everything blurs into various shades of white noise, marked with high-pitched gusts of wind. But each track is distinct, from The Sheet's deep bass rumbles that come in surges, eventually permitting glimpses of soft melodic fills, to the gentle oscillating drones of Treeless Grounds, which has fewer landmarks than Whiteout, if that's possible. Lull's isolation is peaceful, meditative, a turning inward for our most private thoughts, faint glimmerings, and the remainder of the previous night's dreams. 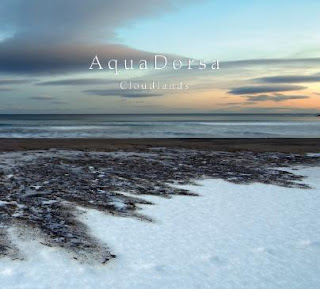 The label's sixth album, Cloudlands, hit the streets this spring under the name Aquadorsa (or perhaps Aqua Dorsa, both spellings are on the web site). It's also unclear whether this is an ongoing project, but in any event the album pairs relative newcomer Enrico Coniglio with one of the most venerable names in deep ambient, Oöphoi. Unlike some of Oöphoi's other collaborations where both artists share an expertise in slow moving drones, Coniglio adds an unexpected layer of noise, borrowing liberally from 12k glitch and Raster-Noton crunchy rhythms. Pieces like The Pond Reflected Her Smile are still characterized by Oöphoi's languid harmonies, where Coniglio's slow click percussion adds an unusual grit. The scratches on Zero Gravity would sound completely at home on well-played vinyl, blending with the subaquatic melodic loops and continuous bell resonances. The music could be considered a departure from the glacial and isolationist rubric, considerably more active and melodic than Lull's subliminal soundscapes, perhaps the label's venture into the more social aspects of isolation. For an oblique perspective, Coniglio's solo work Glacial Lagoon, available on the Laverna netlabel, is a deliberate investigation of the loss of identity in the post-urban landscape colored by his residence in Venice. Where Glacial Lagoon is considerably more glitchy than Cloudlands, the collaboration with Oöphoi brings to the music a wistfulness, an emotional longing previously absent from the genre.

Glacial Movements releases are available digitally from all of the usual suspects, but the CDs are packaged in beautiful digipaks with artwork by the Norwegian photographer Bjarne Riesto that is considerably more than the single image CD cover that comes with downloads. Only half of Riesto's photo is visible on the Aqua Dorsa image above, as the rest is spread across the entire gatefold. Lull's cover is especially effective, an image of white ice that is displayed in context of gorgeous, lush, full color arctic sunset on the inside.
Posted by Caleb Deupree at 3:34 PM